It’s over, I’m tired but easily this has been one of the best months of my life. I managed to do 78 sets while here, Wassim was just shy of 100. We’ve performed to packed houses of enthusiastic festival goers and to drudgey dark rooms of surely drunk dim wits. I’ve watched comics crush in rooms I thought were lost causes and hacks flail about on stage with material that felt oder than any Scottish ruins.

I’ve made numerous new friends and am incredibly proud of the crew and what we’ve accomplished. All of it was capped off by watching my friend Jon spend nearly a month working his unique brand of material, watching it both fly and fail. All culminating in one of his last sets being a monster of confidence, charisma and constant laughs. Much like an athlete who spends time in the gym, on the track or in a training facility. Jon was in any rag tag room they could call a “fringe venue” from noon to 2 am and all his hard work come together in one set. It’s hard to gauge your own progress so to see someone else manifest it right in front of you gives you the feeling that, ideally you made similar growth.

We met a crew of comics from New Jersey who we hung out with a lot. We even got a game of cranium in that was the US vs Canada, unfortunately the yanks won! 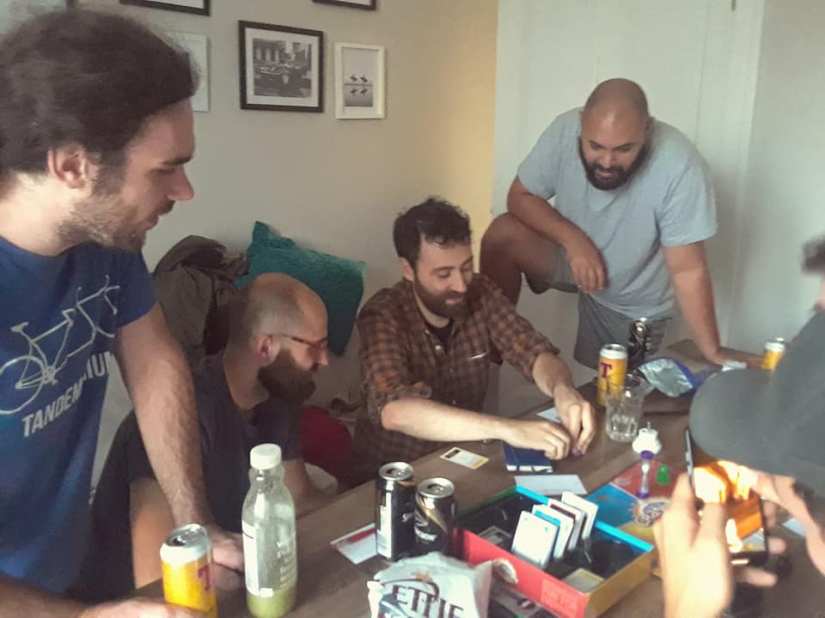 (crushing defeat at the hands of the Americans!)

We made some friends with two comics who we’re a lot more seasoned. Evan had a showcase of Canadian comics that I was able to jump on a lot. It was nice to know that I regularly had a spot at a great room that was always a paid spot. I often flyered for Evan which he also reimbursed people for and it was an easy sale as it was always a great show.

(Cameron and Evan our sweet Canadian prince of paying comics)

Through Evan we met a super cool Canadian comic Dana who now lives in London. She crushed every time we saw her and was kind enough to take myself and my crew of geeks to all the the nooks we wouldn’t have found on our own. She’s been slanging jokes for nearly 2 decades and reminds me a lot of Joey Elias, as she has a wealth of great and entertaining stories that less experience comics enjoyed being regaled by.

Last week I got to do a roast with Wassim. Cameron and I walked to our shows the night before and we got rolling on putting together some roast jokes for Wassim. Aided by Cameron I thought I had a good chance at winning but after a super strong start Wassim had a monster 3rd joke and a retort to my 4th joke, that insulted my mother and blew me out of the water. So even with Cameron’s help I lost a close battle to Wassim. Who only did an hour of last minute writing. Proving again why I think he’s easily one of the best comics coming out of Montreal.

Through Evan I was able to connect to a few other venues and managed to get some spots in a great room for Pick of the Fringe shows. My first set was really lukewarm but I managed to somehow snag 3 more spots with one on the last day of the festival, that was my strongest set of the month. I managed to record it on a used Iphone I bought and when leaving the show did a full 1980’s esque jumping fist pump.

I haven’t been taking a lot of photos so going to use a bunch of Jon’s. And just recently I broke the camera on my recently purchased phone :/.

The festival has come to an end and I watched the closing fireworks on the Waverley Bridge. At one point it looked as though they set the castle on fire. I knew there was a group of comics climbing Arthurs Seat and watching the sunrise with the aid of some fun substances, I was however too tired and Wassim, Cameron and I called it an early night. 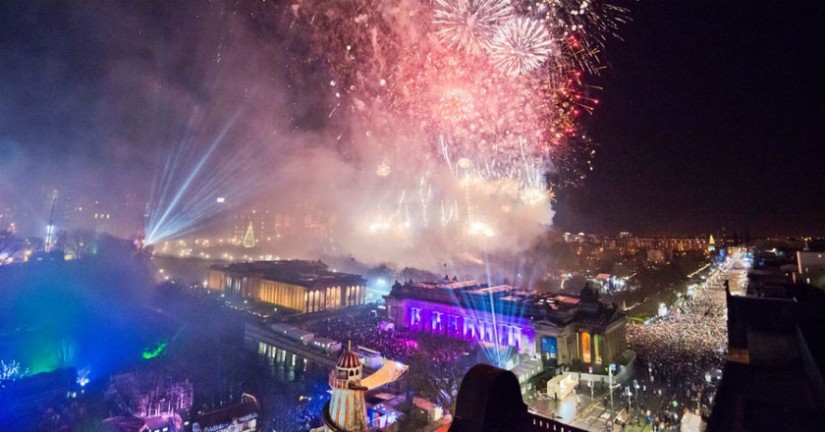 (Edinburg knows how to party)

We went for a super nice late lunch at cafe called Cowan’s and Sons, which is my mothers maiden name. So it felt a little surreal and kind of meant to be. We get a few days of winding down and hanging out before we head our separate ways and I begin my bike trip.

I’ll be meeting my girl friend Shannon in Amsterdam on the 10th, where we will be staying with my cousin before heading to Berlin. Everything worked out super well and I met a number of comics connected to the Berlin comedy scene so ideally I’ll get to put my comedy muscles I built here at the Fringe to good use in Germany!

That’s it for now, we’re trying to find some “supplies” before we head up Arthurs Seat for our own closing ceremonies. I’m incredibly proud of the crew and the work we did. I will try and get a regular blog posted Monday’s from this point forward. The Fringe had me too busy to prioritize it! But thanks for reading, and here are some random pictures from my adventures.

Jon in his Barking spot

Outside our air bnb

Our hang out spot for our late show

Waiting in the wings

Avid cyclist, fixer of bikes and joker of jokes. View all posts by dionowen